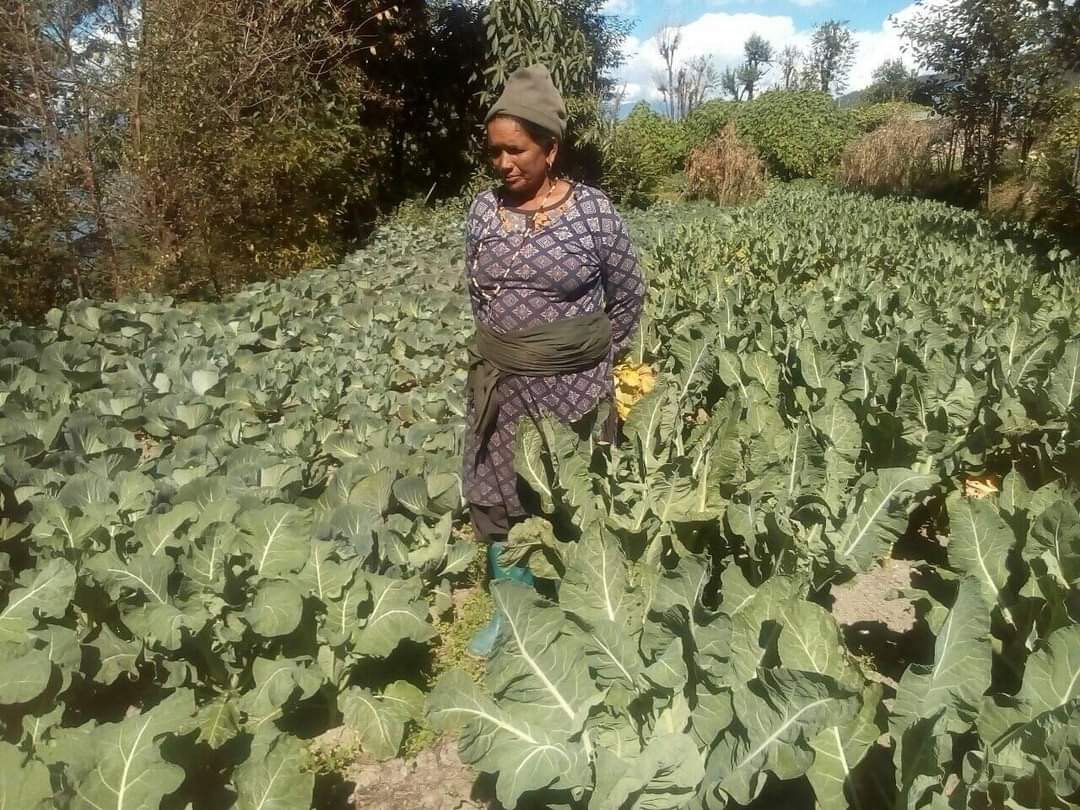 Amuna Tamang, 42, a resident of Tamakoshi Rural Municipality ward no. 2 Jhule, Dolakha lives with her three daughters. She is a member of the Makhamali self-help group (SHG). Her husband flew to the Middle East 7 years ago and is not in contact with her, which made her life very much critical, especially feeding and educating her daughters.

After being a self-help group member, she learned about various self-reliance activities to enhance her livelihood. She started to participate in regular meetings of her SHG group, know about the project objectives and activities, and put her interest to start farming, where she received high-value crop, offseason, and organic manure-making training from the project. This training helped her to produce different vegetable crops and make a living simply by farming, leaving the daily wage option. After the support from the project, she started to improve her way of farming.
In addition,  she has increased her goat and now has 15 goats. Similarly, she has started seasonal and off-season vegetables where she grows cauliflower, cabbage, radish, potato, pea, tree tomato farming, poultry, and kiwi fruit with the input and technical support from the project.

She is now earning a good amount by selling her produce. In this season only, she has earned NPR 80,000.00 by selling potatoes. She sells her agricultural commodities in a nearby local market (Chhaude Hat). After starting farming, her routine has changed and is spending most of her time on her land cultivating various vegetables. Her two daughters are studying higher education in Kathmandu, and her younger daughter studying in class 10 in the village. “After facing such hardship initially in my life, I am now able to give good education to my daughters. I am satisfied with my farming and continuing in the future. I am thankful to RRN for providing such types of intervention to support us" says Tamang sharing her experiences.

Photo story of relief distribution done in response to Covid-19